The second novella in The Ending Beginnings, the prequel series to The Ending Series, is available to read on Amazon, Kobo, and Barnes & Noble! 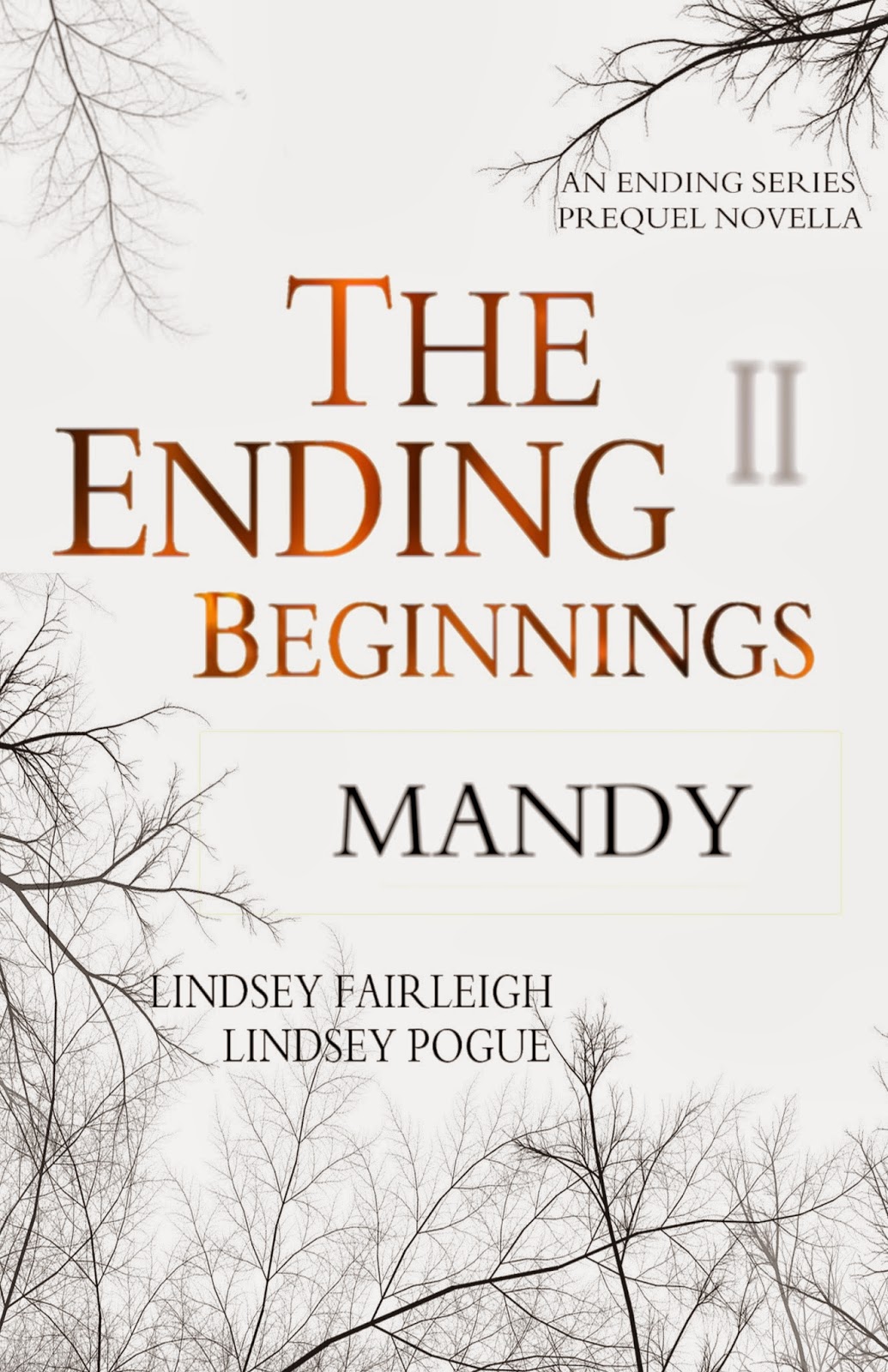 The second novella in the prequel serial to The Ending Series.

A virus changed everything. This is how it began.

22 years ago, Mandy struggled to find her purpose in life. Purpose, however surprising, found her. Now, the arrival of a deathly ill young man stirs painful memories of the past. Who is he, and why does he look so familiar?

Mandy trudged through the snow toward the sole parked car. Despite the substantial amount of weight she’d gained over the last decade, she still loved walking around the campground. Her campground. With Lake Tahoe on one side and the snow all around, she could almost lose herself to the beauty of the winter wonderland. She could almost forget everything she’d done over the past 22 years.

She laughed. It was a harsh sound, at odds with the soft white puffs of air that marked it. She’d hurt a lot of people, not that they’d minded. The more she thought about it, the clearer the truth became; even if she could erase the past—forget it, or even do it over—she wouldn’t. Every single act of wretched devotion she’d enticed out of her followers had shaped her into what she was. A queen. A goddess. The most adored person who’d ever lived. Who wouldn’t want that?

The car had pulled into the small parking lot of the picnic area the previous evening. It was a newish, black Honda Civic with muck from the slushy roads crusted to its lower half. When one of Mandy’s followers had pointed it out, Mandy opted to wait and see if the driver, a man who appeared to be the only occupant, would emerge. He didn’t, indicating he was probably sick and would likely die. It was the virus, of course. Even though she’d known it was coming, Mandy still found the sheer, devastating volume of death caused by the virus awe-inspiring.

Against the odds, the driver had yet to perish. It had been nearly twenty hours since he’d parked, and the last person to check on the him—Kevin, one of her followers who’d been with her the longest—said he was still breathing. He’d vomited all over himself, but he wasn’t dead. It looked like he would be one of the few to survive. Whether he would be one of the chosen few or the tainted others was yet to be determined.

Mandy approached the driver’s side of the car and bent down to peer through the window. The man was slumped against the door, his face turned away from her. But yes, despite the pervasive below freezing chill and the vomit coating the front of his jacket, she could see the steady rise and fall of the driver’s chest. Kevin had been correct. He was alive.

Mandy stood beside the car for a few minutes and studied the unconscious man. After a while, she figured it was safe enough and raised one plump arm to wave for Jen and Cole, two of her most valuable companions, to join her.

“Well, what do you think—chosen or tainted?” Mandy asked the slender young woman.

Jen crunched a few steps closer and removed her right glove. She pressed her hand against the window so the glass was the only thing between her skin and the driver’s dark hair. Closing her eyes, she wore a look of deep concentration and held her breath for a protracted moment. Finally, she exhaled and opened her eyes, focusing on Mandy. “It’s too soon to say for sure, but I think he’s chosen.”

Mandy nodded. “Good enough for me.” Again, she raised her arm and waved two more of her followers over—the strapping young men she’d acquired during the last set recruitment trials five months ago—and watched as they approached. She really was quite pleased they were both among the chosen; they were quite attractive. “Move him to one of the cots in my cabin,” she told them as they neared. “Clean him up and make sure he’s warm. You know the drill.”

“Of course,” the taller of the two said. He reached for the door handle and pulled, but it was locked.

His companion looked to Mandy. “Do you want us to break a window?”

Mandy sighed and shouldered them out of the way. They may have been strapping, young, and easy on the eyes, but these two weren’t the brightest of her followers. Mandy crouched low enough that the driver would see her face when he woke and looked out the window. It wasn’t a comfortable position, considering the bulk her leg muscles had to hold up, so she didn’t waste any time. She knocked on the glass.

The driver started awake, sitting up straight in his seat and turning his face to the window. He was young, in his early twenties, and his skin was a tan that complimented his dark hair and warm brown eyes. He was quite average-looking, and at the same time, his hard-featured face was the most shocking, remarkable thing Mandy had seen in a very long time.

Her breath caught. “My God,” she whispered.

Cole sidled up beside her and peeked through the window. “Is that—it’s not possible. Is that—”

“If you say his name, I’ll kill you.” Mandy turned her livid gaze on him, daring him. Though his value was unquestionable, he was also one of the few people who could be in her presence and not adore her. He was also the one who made her into what she was. Queen. Goddess.

She despised him almost as much as she needed him. If those scales ever tipped just enough in the other direction, she really would kill him.